The Big Bull is a Hindi language biographical crime film, based on the life of the Big Bull Harshad Mehta. This infamous stock broker of the nineties was the orchestrator of the biggest stock market scam ever witnessed in the Bombay Stock Exchange and the country until then.

The movie not only focuses on the scam, but also on the life story of Harshad Mehta. His was a rags to riches story, where Mehta rose from nowhere to become the kingpin of the stock exchange. He became so important in the stock market that he was able to manipulate the movement of the market, and could cause prices of shares to rise or crash as he wanted. He was thus nicknamed the Big Bull by the media. 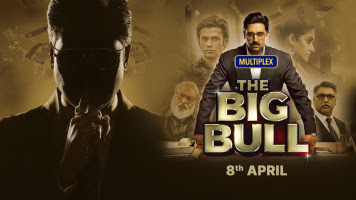 The stock market scam of the early nineties of course is the most well-known aspect of his life but The Big Bull will focus on other aspects of his life too. It is said that he was just the face of the scam, and that there were other powerful people pulling the strings in the background. The Big Bull focuses on all this and more.